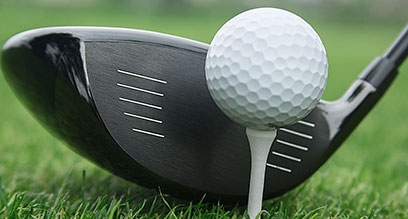 Owning the best golf irons is necessary for any golfer of any skill level because they help you with everything except in driving and putting. Golf irons come in different golf club shapes and their shafts come in different shafts. Irons sets vary according to what’s included but mostly the set comprises 6 golf clubs with 5-iron and a pitching wedge. Other times the sets include 3- and 4- and these are suitable for golfers with lower handicaps. One of the best golf iron sets is Mizuno MP-20 iron set and you are lest assured of getting value for your money. Not only does this set come with every iron a golfer will need but it can be used by golfers of every handicap. The best golf irons are a bit expensive which means you need to get the right set so that you can get value for your money.

How to shop for the best golf irons

A golf iron set comes with several golf clubs that might look similar but each of the golf clubs delivers a different angle of the clubface to the golf ball. These different golf club faces result in varying trajectories and varying distances. Golf club irons have different shafts with different lengths.

When buying the best golf irons ensure the set has a 5-iron through a pitching wedge; this will be six in total. The seven club sets have a 4-iron while the others substitute a sand wedge. The 3-iron set golf clubs is not as common which means you might need to search for it more than you can when buying the rest.

Based on the type of shots the irons deliver, golf iron clubs have been split into 3;

Irons can also be put into two separate styles and these are;

Cavity: This means that the iron has a cavity in the club’s back; this design allows the club to have more weight around the golf club’s club head. This weight helps the average or the high handicap player to keep the clubface on the golf ball throughout their golf swing.

These cavity iron style golf club irons see to it that there’s an equal distribution of weight and that it is more forgiving during the offer centre golf ball strikes. There’s however a downside to this design; it makes it harder for the golfer to control its spin as well as its trajectory as compared to blade irons.

Blade: In a blade style iron, the golf club’s head is thin with a tiny sweet spot in the clubface’s middle. This design allows more weight behind the golf club’s sweet spot that providing the golfer with maximum ball speed as well as speed on the golf balls. If you are looking for the most feedback, blade-style irons give the best quality ball strike; these blade-style irons mostly benefit the low handicaps.

1 thought on “WHAT ARE THE BEST GOLF IRONS?”